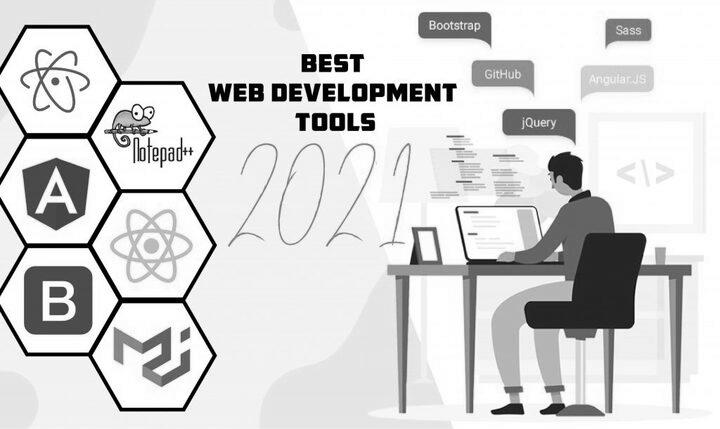 If you’re planning to develop web applications, you must have the right tools. One of the most popular tools is a text editor, and the latest generation supports JavaScript, TypeScript, NodeJS, and many other languages. If you want a reliable text editor, you should try Vim, which is compatible with Mac, Linux, and Windows. Its powerful script generation feature helps you create scripts in a few simple steps.

Sublime Text is an excellent text editor with a graphical interface for managing files and folders. It supports drag-and-drop folders and supports real-time editing. It also has a performance analyzer that can help you monitor your code.

It is easy to customize Sublime Text by adding many plugins. It includes a graphical user interface, auto-complete, and support for multi-selections. It also contains an advanced syntax highlighting engine. This allows you to see syntax inheritance and intelligent completions based on existing code.

Sublime Text’s intuitive and fast user interface has made it a popular choice for web designers and developers. The intelligent editing tool allows users to edit code in parallel while offering multi-selection, quick navigation of files, symbols, and keyboard shortcuts. It also supports NPM (Node Package Manager) for JavaScript, allowing developers to discover reusable component packages. Another feature that makes Sublime Text a powerful tool for web development is its ability to run a command-line utility.

Developer Tools allow you to view the DOM, make changes to the Page’s Style, and run JavaScript in the console. Using these tools, you can diagnose problems on your website and improve its performance. These tools let you see how your website performs at runtime and analyze forced synchronous layouts.

DevTools are an essential component of web development. The Chrome browser has many extensions available to customize the browser. Several web developer toolbars provide developers with the various tools they need. Developers can add these to their browsers to make them more effective and convenient.

Developers can use these tools to customize the user experience on their websites and add new features and functions. Chrome extensions also allow developers to view meta tags and resize browser windows. These tools can help developers diagnose problems and build better websites faster. Chrome’s active community of developers can help you make better web pages.

Besides the DevTools, you can also try Usersnap, a Chrome extension that lets you record audio and video. This tool is free and supports multiple programming languages and markup languages. It also allows you to test your design or fix problems.

If you’re a developer, you’ve probably heard of GitHub. The online community of developers is a powerful resource for web developers, including beginners. More than 90 percent of Stack Overflow users go there to look for answers to their questions. The site’s friendly interface makes it easier for beginners to get started. It also features a specialized language for running commands. Git is an excellent learning tool because it offers core web development functionality.

GitHub also offers its code editor, called Atom. It is an open-source editor that supports a variety of web technologies. It’s beneficial for developing desktop web applications. GitHub also has a free tier with 400 minutes of Continuous Development and Continuous Integration (CI) each month so that you can use it for free for your development needs.

Another helpful tool for web development is GitLab, a web-based development environment for Ruby and Go, developers. It is a popular collaborative environment, with over 50 million users and over 100 million repositories. It lets you host your code freely and collaborate on it through the cloud.

Novi Builder is a graphical website-building tool. Users can customize their website by dragging and dropping elements to the page. They can also add custom code and embed plugins. The devices are intuitive and easy to use. Novi Builder also allows users to work with others to create and modify a website.

Novi Builder also offers discounts on its yearly and monthly plans. There are no extra fees for adding widgets, rebranding, and research. The platform allows you to build multiple websites at a time. It also offers a developer mode that gives you access to advanced features. A membership to Novi Builder costs the same as a Wix or Squarespace membership. It is recommended for those who are familiar with coding.

Novi Builder includes an immense set of tools for website owners and developers. Its powerful features include a wide range of editing modes that make it easier to make edits. It even consists of a separate tab to view the website’s source code. Even those with little experience in website creation can create a website.

Sencha developed the Ext JS Big Data Grid with several new features. It is highly customizable and can handle large data sets. It also works with popular frameworks and web components. Its UI component makes it easy to use and has been pretested on many browsers. It is also fully compatible with React, which makes it an excellent choice for React developers. It outperforms competing grids in key performance metrics.

It includes 140+ UI components, a D3 adapter, and hundreds of user extensions. It has a flexible layout manager, which reduces the need for manual coding. It also has a scalable data package and decouples UI components from the data layer. It also comes with the Filestack, which automates complex file processing tasks.

Ext JS also improves development team efficiency. It integrates easily into dev environments through IDE plugins. The framework also comes with everything you need in one place, so you won’t have to search for complicated options and reinvent the wheel. This helps developers stay within budget.

Companies and developers have used Angular in various applications, including Microsoft, GoPro, and McDonald’s. This framework’s built-in Model-View-Controller allows developers to sync data in real-time while quickly adding new functionality. It is also compatible with third-party integrations to increase functionality and improve the user experience.

Angular has a robust user community and is growing in popularity. Its API is constantly evolving, which makes it challenging for developers to keep up with the constant changes. In addition, developers are often forced to start from scratch using jQuery. And if a developer isn’t part of a large team, they may not have access to the latest version of the framework.

Another popular framework is Ember, named the best Javascript framework of 2015. Its user community is continuously expanding and has two-way data binding. It also has a wide range of components and features. Its core design revolves around developer productivity, which is why many developers chose it. It also includes several JS best practices.

React dev tools are available for Chrome and Firefox and will allow you to see how components of your web application are organized. They can also help identify problems that may arise before final testing. For example, if you have an application that requires a rating system, you can use the React rating system and the Redux toolkit to help you manage it.

React supports several languages, including JavaScript, TypeScript, and JSX. While writing in JavaScript or TypeScript provides safety and fewer bugs, JSX allows developers to create reusable components that boost their productivity. In addition to its robust set of features, React also offers an array of developer tools, including browser extensions.